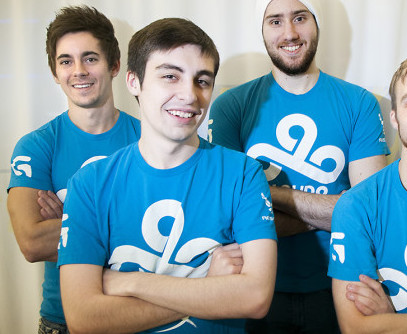 After the great success from Team Astralis, following their decision to hire a sports psychologist to help with choking – Cloud9 have announced that they have hired their own Sports Pharmacist with the hope that they will help “ease their minds”.

The decision was announced, like most North American news, via OpTic Gaming’s Tarik – who accidentally mentioned the American team’s decision while livestreaming. Tarik revealed that the org had struck a deal with a local University to allow the students studying biomedical sciences to have some work experience – in exchange for the university teaching Skadoodle how to speak.

“We think that this decision will allow us to be the best team in the world, allow us to find untapped potential within our players and make North America proud,” a spokesman for Cloud9 announced, “For one tournament a year, at least.”

The decision has not come without controversy, however, with many figureheads within the CS:GO scene calling Cloud9 out for this decision.

“In the spirit of fair-play, we will not be allowing Cloud9 to compete in our leagues,” ESL had tweeted out, sparking lots of shockwaves throughout the internet with the top entry on Change.org currently being a petition aimed at ESL, asking them to reconsider.

“This is exactly the type of scummy sh*t that ESL would do,” one Reddit user posted, “Greedy, corporate scumbags.”

ESL later caved in to the community pressure and had another spokesman releasing a statement detailing that “the kick was made without proper care and thought” and that “nothing like this will ever happen again”.

The transfer move has got other teams questioning if they need to make these changes – with NIP hiring an archaeologist in an attempt to find their old form and Gambit looking for a zoologist to control the beast that is the X God, and to care for Volodya.

When asked if Fnatic was going to pick up any of these specialists, Olofmeister announced: “No, we’re not retarded.”